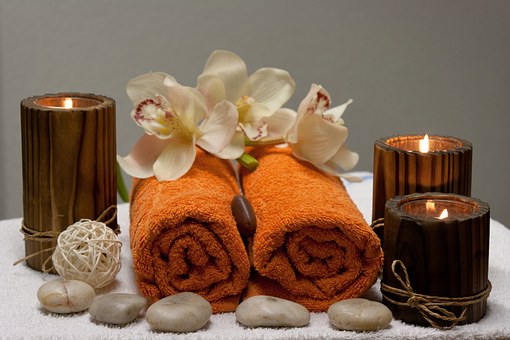 Spa resorts are increasingly popular as people live ever more busy and pressurised lives. For many, this means having the occasional relaxing getaway is an absolute must. That could come in the form of a weekend away at a specialised resort, or ensuring that a bit of rest and relaxation in a spa is part of the main annual holiday. But while the overall popularity of spas and wellness has arisen, some specific trends have emerged.

The use of regular short breaks as opposed to holidays is one of these. Rather than being a very occasional treat, these have now become regular lifestyle features for some, who will seek to avoid going too long between these breaks so they can get regular treatments.

A taste of the east

As the world becomes more interconnected, different traditions and customs from far-off lands become more familiar, not least as many holiday in places like Asia. Many more people from the west are also open to eastern belief systems. Many resorts focus on traditional Thai, Tibetan or Chinese medicine, but there are other eastern traditions that have been around for millennia and are increasingly being discovered. One of these is Ayurvedic medicine, a method of care that originated in India around 5,000 years ago. It is primarily practised by Hindus, although it is also commonly used in Buddhist-majority Sri Lanka and to a lesser extent in south-east Asia. Those who want to lean more can actually visit an Ayurvedic health farm, where the ingredients are grown on-site. Interestingly, the name combines the Sanskrit words for life (ayur) and science/knowledge (veda). The idea that “life science” is being practised when a hotel guest is lying on a couch having a herbal massage may seem a little like something from a laboratory, but while western-style medical research into the benefits of the method are scant, the fact that it has been practised for so long would suggest it must have benefits.

New philosophical concepts from both the east and west are becoming a part of the spa experience. Concepts like mindfulness and meditation are increasingly a part of the package, along with practices like yoga. At the same time, the need and desire to be green is a major issue, with many seeing a clear connection between detoxifying themselves and doing likewise to the planet. This means natural, organic ingredients are in vogue for treatments, while hotels run on an eco-friendly basis – such as those using renewable energy generated on-site – are increasingly popular.

As treatments become more holistic, diet is increasingly part of the package. While some see a spa trip as a means of detoxifying by laying off the booze and the chips, there are plenty of hotels that may feature a spa while also offering lots of tempting but fattening food and a bar. However, specialised resorts are increasingly focused on getting the diet element right, so that the experience is not just an isolated experience of healthier living, but a broader, holistic process that should seek to develop better habits – like carrying on with a healthier diet after the spa trip has ended.

To some, a spa weekend might seem to be about lying on a couch being massaged or enjoying a facial scrub and some aromatherapy. While these will often still be the central part of the experience, many spa and wellness providers are focusing on a more active approach. This involves serious hard work to get very fit and, while not in any way a boot camp, will appeal to those who are serious about putting in hard work to get in great shape.

Wellness is a priority for hotels

The existence of spas and wellness suites in hotels is not new. However, what has happened is that an increasing number of establishments are becoming primarily spa hotels, with the packages on offer being geared up to those for whom the enhancement of health and well being is the primary purpose of a trip.

While many hotels have wonderful indoor facilities, many are making use of natural outdoor thermal springs. This has a number of obvious attractions, with the closeness to nature being one aspect and the naturally generated heat meaning the power is entirely natural and thus as green as it gets.

The number of locations where spa resorts can be found continues to increase. For example, Mediterranean countries like Italy and Cyprus are increasingly proving such facilities, rather than expecting people to just head down to the beach.  While not an exhaustive list, these trends are increasingly becoming dominant in the field of spas and wellness. That is something those seeking to develop their own facilities would be wise to be aware of as they plan ahead. By knowing how the spa industry is going, your hotel can provide a service fully in line with contemporary expectations.