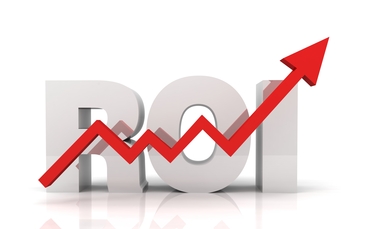 Reading reviews about your hotel can undoubtedly be something of an unnerving task – while you are of course hoping that your services are good enough that everything written about you will be positive, there will be that underlying fear that one guest didn’t enjoy their stay as much as they wanted to.

While it is easy enough to stick your head in the sand, it is so important that you face the music as reviews are so important to any business, and something can be taken from every single one. If a guest applaudes you on your employee’s customer service, then you know where you are exceeding and can take this information to ensure that the standards continue to run high.

Bad reviews, while not being too nice to read, are even more important to take into account as they can help you determine which areas you need to invest money in and where you can make improvements.

In a bid to understand how important reviews were, TrustYou analysed more than 20 million hotel reviews from around the globe with focus on various semantic categories, such as the service received and the food that was served, for example.

TrustYou compared these categories and the number of times they were mentioned with the difference in scores between negative and positive reviews.

From the data it seemed that the actual location, service and quality of the room were the most important attributes and were mentioned more than anything else in the reviews. Service, in particular stood out and was a key area within some of the negative reviews that certainly must be addressed in order for a guest to have a positive hotel experience.

Issues about bathrooms, such as their cleanliness and size, were imperative and given that negative reviews were 2.24 times more likely than positive ones to include some form of bathroom comment, suggests that this is one factor that really needs to be looked at in hotels.

Negative reviews were also almost two times more likely to include a mention about beds than positive reviews and ensuring that mattresses, linen and the general upkeep of beds is focused upon could well make all the difference between a bad or good review.

Positive reviews were nearly twice as likely to mention breakfast and, unsurprisingly, food including breakfast makes a large difference between positive and negative reviews – it seems that hungry customers know exactly what they are looking for! It is therefore well worth looking to update your menu and ensure that the food served is as delicious as it can be.

It is also important to ensure that guests feel that the price paid matches the value they received as, of course, this can have a very large impact on a review and chances are that it will not be a positive one if they didn’t feel they received their money’s worth.