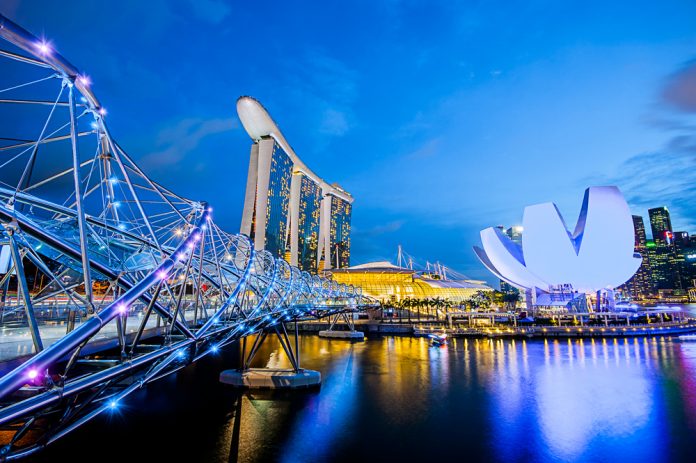 Until early 2014, Bangkok was the biggest Asian destination with its eccentric nightlife, low cost of living and rich culture but, with a +35% rise in bookings through GTA Travel, Singapore has stormed ahead and taken the crown.

The delights of Singapore

The Republic of Singapore is an island in Southeast Asia with a population of 4 million people. Considered to be a cosmopolitan city, it is home to some incredible attractions such as Singapore Zoo and Sentosa Island, as well as having a high retail turnover with its exceptional shopping districts.
It has been said by most travellers that Singapore has one of the best nightlife’s in Asia and is claimed to be the food capital of the world with an extensive choice of foods and sumptuous mix of fusions from around the globe.

In comparison to Bangkok, Singapore has minimal noise pollution. In Bangkok, the usual mode of transport is a motorbike, due to their minimal costs to purchase and to operate, so noise is a big issue.

However, in Singapore, many travellers have commented on the lack of noise; this is due to the fact that the car is the predominant mode of transport and motorbikes are bought to make a statement rather than as a necessity. This allows a much quieter style of living and one that tourists appreciate.
Another stark comparison between Bangkok and Singapore is safety. Bangkok’s crime rate, especially in drug trafficking, bribery and thefts, are high as well as political protests which has caused several deaths in the last few years.

Singapore is at the other end of the spectrum; the crime rate is incredibly low with many tourists stating that they would feel completely safe in the centre of Singapore surrounded by their valuables and getting their money out in public, even locals have their smartphones to hand with no fear of it being snatched away. The principality has the second lowest murder rate in the world so you can explore, shop and be merry on this island knowing that you are safe.

GTA Travel is a world leader in the travel industry. The company has noted that over 6 months, bookings through GTA have doubled, with Chinese travellers booking rooms in Singapore increasing by 45%, as well as the rise of 35% by worldwide adventurers from Australia, Japan, Hong Kong, India, the UK, Indonesia, UAE, South Korea, Taiwan. This has been praised by many who see it as an important growth for Singapore’s tourism trade and it also shows the impact that online travel companies can have on a country’s economy.