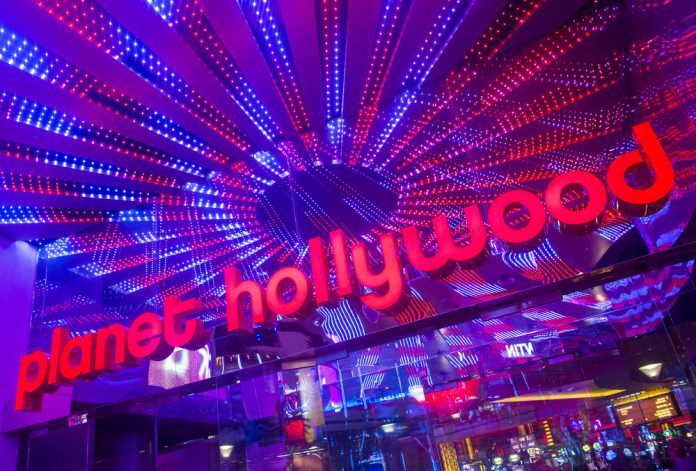 Nearly everyone has heard of the name Planet Hollywood, a name that is linked to the glitz, glamour and stars of Hollywood. It is a company who claims to be driven by its patrons, who believes that their customers deserve the very best service and should be treated like celebrities themselves. At the moment, this luxurious notion is only available in Las Vegas but not for much longer because Planet Hollywood is about to open in Asia in 2014.

History
Planet Hollywood was established back in 1991. Keith Barish, an established film producer who made classic films such as Sophie’s Choice and The Fugitive, teamed up with the former CEO and president of the Hard Rock Cafe, Robert Earl to create this iconic brand. They used the notion behind the Hard Rock Cafe to develop the formula for Planet Hollywood and, with big names such as Sylvester Stallone and Bruce Willis as shareholders, their success instantly grew.

Expansion
Soon to be found on the Uttorda Beach in South Goa, Planet Hollywood Beach Resort will hold 115 rooms and 15 luxurious tents which is a mere handful compared to the 2600 roomed Las Vegas Planet Hollywood. However, even though the rooms are few, they have been designed by Gauri Khan who insists that the Beach Resort in Goa will mirror the design in Las Vegas and will still allow the customers to experience the beauty and excitement of Hollywood through the original memorabilia in the rooms. The facilities in the resort will consist of a decadent spa, numerous swimming pools, relaxing yoga retreats and also an event space that will host Indian weddings, whether they wish for it to be outside or inside, they will be catered for.

It doesn’t appear that Planet Hollywood are going to stop in Goa; they have already been looking to expand in China and North America, with franchise agreements already being discussed, as well as finding more suitable plots to expand in India. So watch this space, there could be one being built near you very soon.

Tourism
For Goa’s economy, the development of Planet Hollywood would certainly be a good thing. Tourism is mainly in the North so this resort would expand the tourist trade down to the South, creating a bigger growth in the economy. Tourism is healthy for businesses such as bars, restaurants, construction and boutiques and those in the South will start to benefit from this. It will also create more work; not only will the hotel need catering, housekeeping, lifeguards and bar staff but they also need people to fill the higher paid positions which means they will encourage locals to undertake hotel management courses to fill the vacancies.