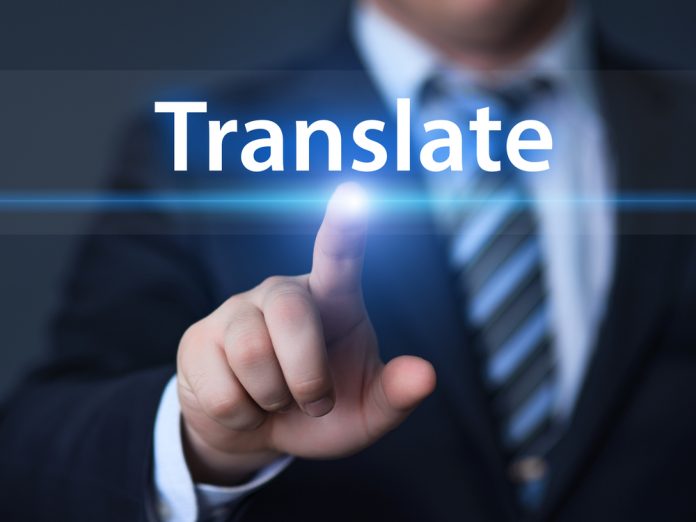 The internet has completely revolutionised the way people look for holidays and book their accommodation for both business and leisure travel. Whereas once they would only have had the option of calling or visiting their local travel agent, they now have the whole, worldwide web at their fingertips, allowing them to discover properties that would have hitherto remained unknown to them.

Recent Google research showed that 74 percent of leisure travellers and 77 per cent of business travellers now plan their trips entirely online, while a majority use it for inspiration and to ensure they get the best possible deal. And if the internet means anyone, anywhere can access a website, that means leisure brands can benefit from a whole new audience in other nations – can’t they?

A failure to connect

Well, the answer might unfortunately be ‘no’ for some. According to Gengo, just a third of travel companies are bothering to translate content to meet the growing demand from multilingual travellers and more than half admit they don’t have a multilingual strategy in place. And with a 2011 study from the Common Sense Advisory showing that 60 per cent of people prefer to make purchases from websites in their native language, it just goes to show how much revenue hotels could be missing out on by not offering their portal in more than one language. Indeed, consumers in ten countries were found to either avoid sites that didn’t offer their mother tongue or spend less time on them than those that did – and a reduction in time suggests they aren’t sticking around to complete a booking. It isn’t enough to simply assume that everyone in the world must speak English and that it will therefore suffice as a default option either. An incredible nine out of ten web users don’t live in English-speaking countries, with the Middle East among the world’s weakest regions in English-speaking proficiency, according to Education First. Since locations like Dubai and Abu Dhabi represents a key area for people with disposable income and propensity to travel, failing to translate for them could mean missing out on their new wealth. Even China with its burgeoning economy and increasing middle class was only 37th on the list of English proficiency – so don’t assume they will be happy to see a site in English and English alone. It’s also a mistake to think that, upon being presented with an English portal, people will take the time to cut and paste the text into a translation app or service to read the words in their own language. Actually, 87 per cent won’t; they will just not bother buying whatever product or service is being offered and move on. The more languages a hotel can offer potential clients, the more likely they are to click through and make a booking. And if your hotel can widen its appeal where others fail, then it has automatically got a way of standing out amid the competition in what can be a very overcrowded shop window.

Why is translation so important?

So, why are people so keen to visit sites in their mother tongue as opposed to the one spoken in the hotel region? Well, booking a hotel is a big consideration and can be very expensive. You wouldn’t dream of purchasing things like white goods if you couldn’t read a full description of how they work, so why should it be different for accommodation? Visuals can only explain so much – for the full experience, you need all the appropriate and relevant text too. There’s also a trust issue. If would-be guests feel a hotel brand is hiding something and that suggests the lack of available translation, they aren’t going to be reassured and probably won’t book. After all, if the brand can’t be bothered to do that for them, what else might they be skimping on in terms of service later on? Travellers won’t stick around to find out. It isn’t just of benefit to the consumer to have text translated either. Having versions of your site in multiple languages means you’re automatically expanding its reach to potentially dozens of different countries. What’s more, doing this increases the potential of your site to be picked up by search engines in each of the languages you cater for, so you’re increasing your brand’s presence online and making it more likely to move up the rankings.

How many languages will need to be offered?

The Common Sense Advisory’s research found that a website’s success correlates with how many languages it could offer, with just 13 enough to reach 90 per cent of the world’s global online economic opportunities. It’s probably a good idea to consider the less obvious tongues too, as Arabic now ranks 11th in share of online spending potential – above more popular options like French and German. Look at your audience using analytics programmes, see where your hits are coming from and then cater for them using translation.

What should be translated?

Thanks to computer software and specialist translation services, it’s possible to translate almost anything you publish, including descriptions, reviews, tweets, online advertisements and more. However, don’t forget to think about each layer of the booking process, such as booking confirmation emails. Guests who have read a nicely translated description of a hotel and decided to book it might be disconcerted if they then get a confirmation message in a completely different language, which is poor for customer service and trust. With a little research, some investment in services and a carefully managed rollout of translation, you could soon be appealing to new customers in far-flung corners of the globe – and reaping the rewards in terms of revenue.