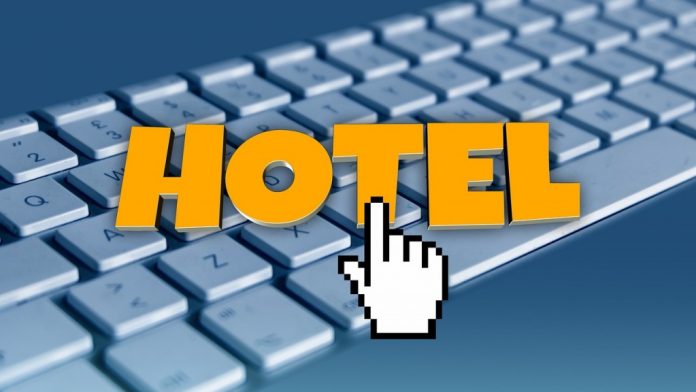 Driving up bookings, filling rooms and ultimately increasing revenue is the ultimate goal for any hotel owner, but in an increasingly crowded marketplace, how is it possible to stand out from the crowd and ensure guests don’t go to competitors instead? And what mistakes might hotel owners be making that is unwittingly causing people to ditch bookings they may otherwise have made? New research from Triptease could help marketers with properties to promote get to the bottom of these eternal dilemmas.

The company carried out a survey on consumers to find out more about what tempts them into clicking that ‘book now’ button – and what has them running for the hills (or at least putting their credit cards back in their wallets). We’ve used the findings of the resulting Get a Room ebook to draw up these top five issues that could be costing you essential bookings.

1.    Everything is over complicated

Some 94 per cent of people polled had abandoned a booking recently and 29 per cent said it was because of the system used. So it’s essential to streamline every aspect of your booking process and simplify it if necessary. Even if you think your way is foolproof and have been using it for years, it’s well worth carrying out a test now and then to make sure that this is actually the case. Get hotel staff to make a test booking as part of their training and ask them to flag up any problems right away. Also, add a clear call to action button for every page – and always optimise the whole thing for smartphone users, as this method of booking is rapidly becoming more popular than selecting hotels from desktop PCs.

Triptease found that 70 per cent of people rely on photos to help them learn more about a hotel, so depriving them could drive them away. Online, too much text can be offputting and so letting images speak for themselves is a quick and easy method of conveying information. You can even make the most of guests’ pictures, as this is an authentic way to show people enjoying your facilities while showing them off at the same time (it’s called user generated content, if you need more info on this). However, don’t make people scroll through reams of snaps before they get to the booking and prices section – put them in a pop-out gallery for neatness instead.

People looking for hotel rooms will always have dates in mind and will look up room availability and rates based on them. However, while some will need to stick firmly to that, say, Friday to Monday, others may be able to be more flexible. Indeed, 71 per cent of people said being shown prices on dates either side of the ones they’ve selected is useful to them – so show them a good rate somewhere around the same time and you could potentially have yourself a booking. Use a table format for the results and always offer a pop-out calendar for the original selection, as making people type in the date multiple times could frustrate them.

It’s a fact that many hotels operate internationally now and plenty of bookings could come from overseas, so you’ll need to offer prices in different currencies. Yet 53 per cent of those polled said they get frustrated when a hotel website offers them a rate in a currency that isn’t their own. They won’t bother converting it – they’ll just go elsewhere, so use autolocation software to ensure would-be guests get the right currency and language. If this is outside your price range, at least offer a simple dropdown menu so that people can select what’s right for them. Also, show an RRP with a strikethough and a discounted price next to it, as this has been shown to increase conversion rates by 20 per cent.

5.    Guests aren’t told what else they can have

Some 68 per cent of respondents told Triptease they find it useful to know what add-ons they can pay for during the booking process, so don’t be afraid to show off what else you’ve got that may tempt people. If you have got a spa, then say so, as it could help you to stand out from competitors. This is also the point where you could make your packages look more value-filled, for example, by throwing in extras such as breakfast vouchers or an evening meal voucher. If you can show that your deal is a good one, then it could well encourage a would-be guest who’s sitting on the fence to click ‘book now’, even if your rate is the same as another they’ve been looking at. Take a look at your hotel’s website and make sure you aren’t committing any of these cardinal sins of promotion – and if you are, put the measures in place to correct them today.